The players were seen in mixed emotions in the video. 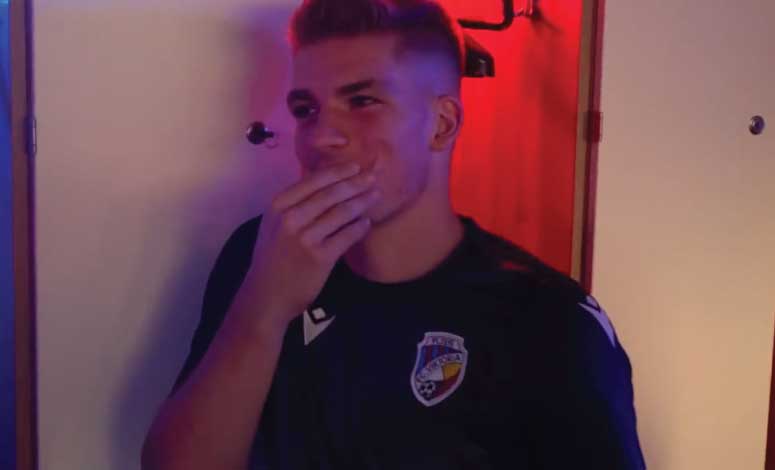 After keeping the fans waiting, the UEFA Champions League Group Stage 2022 draw was finally revealed on Thursday. As soon as the groups were unveiled, fans were restless to see which teams were put together in which group. Out of all the groups, Group C caught the most attention of the football fans as people labeled it as the ‘Group of Death’. Group C has Bayern Munich, Barcelona, Inter Milan, and Victoria Plzen.

As soon as the fixtures came out, a video of the players of the Czech Republic club Victoria Plzen went viral. In the video shared by ESPN FC, the entire team is seen giving mixed reactions to the draw. Some of the players were seen ecstatic while some were seen giving a nervous laugh. Here’s the video:

Viktoria Plzen's players finding out they've been put into a Champions League group with Bayern Munich, Barcelona and Inter Milan ?

The Czech champion were destined to face a difficult road no matter which teams they were going to play in the group stage, but Thursday’s draw turned out to be a worst-case scenario in that department as Barcelona, Bayern Munich and Inter Milan were put against them.

In the ‘Group of Death’, Plzen is being seen as the weakest link in the group. The happiness on some of the players’ faces in the video could stem from the fact that in some ways, Plzen got a dream draw. After all, the club will get to test themselves against the best players and play on the biggest stages in Europe’s biggest club competition.

Plzen will play in some of the game’s most historic grounds, like Camp Nou and San Siro. And three of Europe’s most storied clubs will come to the 11,000-seat Doosan Arena in Plzen. Another exciting aspect of Group C is that the crowd will get to see Barcelona and Bayern Munich going against each other.

The draw brings back memories of some recent clashes between Barcelona and Bayern Munich, most of which were dominated by Bayern Munich. The transfer of Robert Lewandowski from Bayern Munich to Barcelona recently adds an extra layer of spice to the competition.

‘Can win a Gold for acting’- Twitter labels Erling Haaland ‘shameless’ for diving in a charity match against Barcelona
FIFA removes the ban on All India Football Federation, Women’s U17 World Cup to go ahead as planned