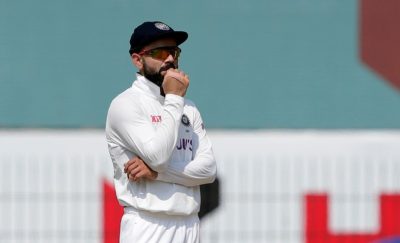 On March 4, Indiaâ€™s modern day great Virat Kohli will play his 100th Test match for India as they take on Sri Lanka in the first of the two-match Test series to be played at Punjab Cricket Association IS Bindra Stadium, Mohali.

As Kohli is about to reach an outstanding milestone in red-ball format, former India all-rounder Irfan Pathan has hailed Kohli for resuscitating the longest format of the game. Pathan while sharing a post on his social media account wrote that “Test cricket was limping till then it found a magical physio” in form of Virat Kohli.

Taking to Instagram, Pathan wrote, â€œTest cricket was limping & thatâ€™s when it found a magical physio in Virat Kohli. He came, He conquered & He made everyone love test cricket all over again! Congratulations @virat.kohli on your remarkable achievement. ðŸ’¯ #test.â€

The Board of Control for Cricket in India (BCCI), on March 2 (Wednesday) also posted a video on their official social media handles, paying their tribute to Kohli and congratulating him ahead of his â€œlandmark Testâ€.Â The board had recently announced that spectators will also be allowed to watch the first Test match between India and Sri Lanka on ground and cheer for their home side along side watching their favorite batter Virat Kohli.

Kohli has represented India in 99 Test matches so far in he has has amassed a total of 7962 runs with a staggering average of 50.30. The right-handed batter has 27 centuries and 28 fifties under his belt in the longest format of the game. Kohli will look to end his century drought in his 100th appearance. For the unversed, Kohliâ€™s last ton in international cricket came way back in November 2019 against Bangladesh.