IND vs SA: 5 Indian cricketers who made a strong case for places in T20 World Cup 2022 India- South Africa series was a closely fought battle between the two teams. The first two matches were won by the visitors, while India fought back by winning the next two games. The decider was washed out due to rain, which led to both teams sharing the trophy. 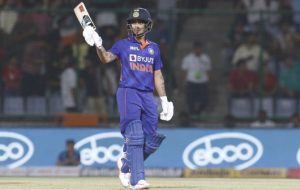 Probably the best Indian batter in the India- South Africa T20I series, the left-handed batter made 206 runs in five games at an average of 41.20. After his sub-par performance in the Indian T20 League, the southpaw came up with two half-century knocks to stamp his authority and made his case for the opening slot for the upcoming 20-20 World Cup later this year.