Captaining the Indian national cricket side is one of the toughest jobs in the world. The role requires shouldering the hopes and expectations of more than a billion people. While the Indian captains command great respect and popularity, there are times when the pressure of work outweighs their ability to manage and it creates some friction around them. 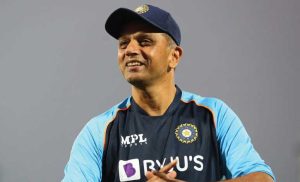 Rahul Dravid has been an epitome of a graceful cricketer. One instance from his captaincy stint however that remains unanswered and controversial is from Multan Test against Pakistan in 2004.

The game is mostly remembered for Virender Sehwag’s 309 but another instance that often keeps cropping up from time to time was Sachin Tendulkar’s 194* innings. Dravid faced a lot of flak for declaring the Indian innings when Sachin was batting just six runs shy of a double century. There was a lot of furor over Dravid’s decision and many claimed a fallout between the two Indian greats.