Three players who can retire after the 20-20 World Cup

The 20-20 World Cup 2022 could be the last hurrah in the format for these three cricketers. T20I World Cup is coming up with big expectations from all cricket fans. All eyes will be set on the mega event and the teams will be going strong for the World Supremacy.

There will also be many players who would be looking to end their career on a high and retire after the T20I World Cup. Let’s look at three players who could say goodbye to the shortest format after the upcoming 20-20 World Cup in Australia. 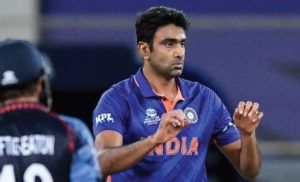 Ravi Ashwin has been an innovator in the sport, not surprising as he holds an engineering degree to his name. The right-arm off-break bowler is one of the most street-smart cricketers out there. The Chennai-born single-handedly forced the cricketing world to accept Mankading as a legal and fair form of dismissal.

His days in the shortest format of the game however seem numbered. After having been overlooked for a long time, Ashwin was included in India’s squad for the Asia Cup but a premature ousting from the tournament has forced the management to rethink their approach. Ashwin who would go down as a Test legend for India having taken 442 wickets in 86 matches, could take retirement from the T20I format as he is not in India’s vision for the future.