One cricketer from each country who deserves a statue

These eight cricketers have made the most significant contribution to their country’s cricket. To have a statue built is one of the greatest honors in the life of a sportsperson. One needs to have done exceptionally well, not just in the sport but outside of it, to have his statue built. Cricket has many such players who deserve their own statues. In this list, we will look at eight cricketers from each country who derve a statue built to their name. 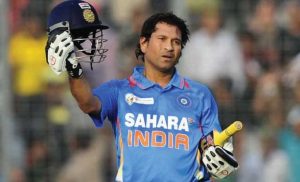 Sachin Tendulkar has defined cricket for millions in India and abroad. Although there are many other cricketers who have been role models for the countrymen, the sheer enormity of Sachin’s records puts him above and beyond everyone’s reach. The former batter has the most number of runs in Tests (15921) as well as ODIs (18426) to his name along with a plethora of other records that are simply impossible to be broke in modern-day cricket.

Harbhajan Singh helps rescue an illegally captive girl in a gulf country
Watch: Kane Williamson and Devon Conway have a hilarious mix-up during the clash against Australia