Indian players who receive most abuse on the Internet

Being popular is not always beneficial for cricketers All sports work on the idea that people would pay to watch others perform on the field. Naturally, these performers need to be well-liked by the spectators in order for the sport to work.

Sometimes, however, there are players who are not liked as much to the point that spectators start hating them. Social media has even added fuel to the fire and made hating players easy.

In this article, we will look at five Indian cricketers who receive the most abuse on social media. 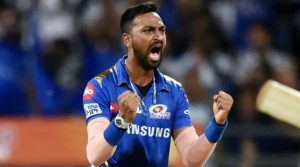 The first one on the list is the Ahmedabad-born all-rounder Krunal Pandya. The 31-year-old has played 5 ODIs and 19 T20I for the country and 98 Indian T20 League matches so far.

Pandya is often disliked on social media for his on-field antics, the biggest of which is his knack for blaming the fielders for his poor bowling. It is quite often that the Mumbai player gave fielders an earful whenever a boundary was hit on his ball. This has prompted many to abuse him on social media.

Watch: Bollywood star Urvashi Rautela spills the beans on ‘RP’ who waited hours to meet her in the hotel lobby
Ross Taylor reveals facing racism from his New Zealand teammates in his autobiography